How To Write A Good Movie Review

Need a paper? Save

on Your First Order

Lana, USA
Buying an essay was a last-minute decision that has turned out great. I highly recommend this website for students. 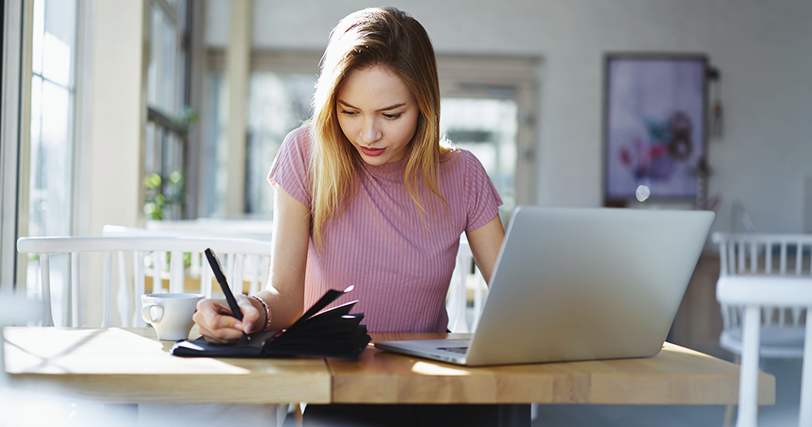 The initial task of the writer is to inform the addressee about the release of the new film and give its assessment. For the reviewer, it is important to interest the addressee, to reveal the plot of the film so that to intrigue, but no more than that, in order not to spoil his or her enjoyment of watching the film. Such restrained information, preserving the intrigue, occupies one of the important places in the film review structure.

Cinematographic reviews, as a rule, have certain information content, as well as a clear, pragmatic attitude. The objectivity of the review is ensured by its evidence. The author has to justify their attitude to its subject. Moreover, here the facts are the arguments (replicas of the actors in the film). However, the main thing is the comparison of the movie with real life, the proof of its truthful display or distortion. The introductory and final parts of the analysis have to be saturated and the main part has to be informatively rich, containing information about the plot, actors, director, etc. Read these recommendations and understand how to write a film review correctly.

If you want to know how to review a movie correctly, follow these tips. Remember that a film review is a stylistically hybrid genre. It combines the elements of a journalistic style; it is analytical (as the author explores, analyzes, evaluates), informational (the review is usually devoted to a local topic, the reviewer uses simple and understandable headlines, standard terminology, assigns separate paragraphs for each idea). It is also scientific (after all, the purpose of such an essay, like of any scientific text, is to prove the truth of the proposition put forward; therefore all language means are aimed at realizing two objectives: the informative and acting ones, where the force of the impact is directly related to how conclusive the arguments are).

The introduction to your essay should be strong, as it carries an important communicative burden. Based on a close logical-sense link, the title and the introduction can be considered as one whole. In the review, the introduction acts as a separate functional-thematic block, the boundaries of which, according to the researchers, usually coincide with the first paragraph. It plays a special role, as it often contains a conclusion that shows the author’s attitude to the film. The introduction has a strong assessment. Introduction-abstract contains general characteristics of the basic text. It includes the research objective and has a short structure. The problem-staged introduction describes the general state of the problem; it is distinguished by pragmatic certainty and a pronounced subjective nature of the analysis. Such an introduction seeks to grab the attention of a potential reader and often contains an indication of a circle of interested readers.

Evaluation (the formation of value relationships) is a genre and text-forming category of the film review. Estimated value absorbs diverse connections (psychological, ontological, and communicative). Evaluation belongs simultaneously to the areas of reactions and incentives. Evaluation statement implies the presence of three components, which are the object, subject, and basis of assessment, undergoing constant historical changes. In accordance with the film reviewing functions, the author must use various persuasion tactics:

Here is a pattern of a movie review structure:

It is also worth noting that positive film analyses, as a rule, begin with a brief overview of the film’s weak sides, and negative ones start with the recognition of good moments. Moreover, the reviewer’s overall assessment (which is always subjective) at the beginning and end of the review may conflict with the main text of the essay, which contains an objective analysis.

At the end of your paper, expressing your opinion about the movie being analyzed will be appropriate. However, criticizing the picture, you need to be as polite and tactful as possible. The main thing is that your arguments should be based on facts and evidence. This means that if you are talking about a flaw, you must demonstrate a specific example from this film. Remember, you must describe the work of the director and the actors objectively. It is impossible to call the film successful just because world stars act in it or because the director of this film is known to the wide audience. It happens that famous actors are shot in bad works too. At the same time, low-budget films made by beginners often become very successful.

After you have created a draft of your movie review, you need to start editing the text. First, reread it and make sure that you follow the correct structure. Then read each sentence separately and analyze the correct spelling of difficult words and the use of certain grammatical structures. Remember, you need to check your work several times. Pay attention to small details. Then proceed to the correction of errors. If you are unsure of your writing competence, ask professionals for help. In this case, you can save a lot of time and be sure of a good result. However, do not forget that the services of editors and proofreaders are paid. Now you know how to write a review on a movie correctly.

No time for burning midnight oil and writing a paper from scratch?

No worries. Let our writers take care of your future!